From sacking managers to failed transfers, Chelsea FC has been the most disappointing club this season in the Premier League. Read the reasons why John thinks Chelsea has not met expectations.

Is Chelsea FC The Most Disappointing Club This Season

Chelsea Football Club has had a season they wish they could forget so far. The Blues currently sit in 10th place in the Premier League and are coming off of a tough loss to Fulham, where Joao Felix received a red card on his debut with the club.

This season is new owner Todd Boehly’s first season with the club, and it is not going as smoothly as former owner Roman Abramovich’s reign. Despite breaking the transfer all-time record fee in the summer, Chelsea cannot find the right form. These are some of the reasons why Chelsea is the most disappointing club this season

It looked as though owner Todd Boehly was coming into Chelsea and immediately revitalizing them, as Chelsea broke the transfer all-time record fee, spending over £250 million in the summer. However, the transfers have not done what the club was hoping for.

The likes of Pierre-Emerick Aubameyang, Wesley Fofana, Marc Cucurella, Kalidou Koulibaly, and Raheem Sterling have only resulted in seven goals and four assists in the league between them combined.

Since the January transfer window has opened, Chelsea has already been active in the transfer window, getting former Atletico Madrid striker Joao Felix to be their new attacker. However, in his first match with Chelsea, Felix received a red card, and the Blues fell to Fulham. Chelsea is relying on the new transfers to come in and bring a spark to this club, and it just has not happened so far.

If the blues are going to be able to bounce back and make even Europa League contention for next season, they need to either be perfect in the Champions League or have some of these transfers find their form in the Premier League.

Just two seasons ago, Chelsea was on top of the world, as manager Thomas Tuhel replaced manager Frank Lampard and propelled Chelsea to a Champions League victory. However, after a brutal start to this season, Chelsea sacked Tuchel in favor of hiring former Brighton and Hove Albion manager Graham Potter. In Potter’s 19 matches in all competitions with Chelsea, he has only gained 28 points, leaving more points on the board than not.

Eight wins, four draws, and seven losses is not a great record, and while it is not the time to sack Potter, it is showing that the issues with the club were far beyond Tuchel’s tactics. 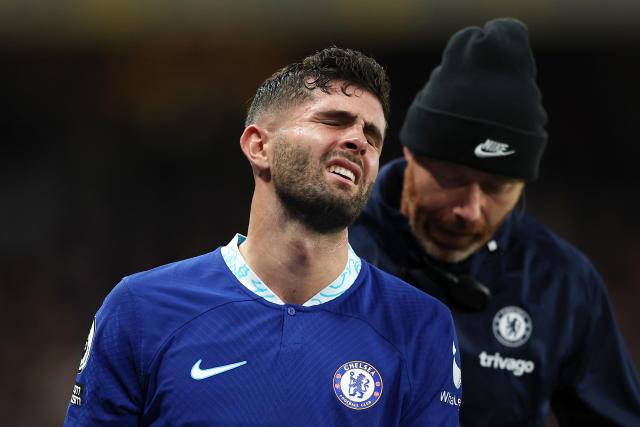 Chelsea has dealt with a ton of injuries this season, so much so that they’re starting 11 doesn’t even look like what it is supposed to be. Currently, Chelsea is dealing with injuries to N’Golo Kante, Christian Pulisic, Reese James, Raheem Sterling, Been Chilwell, Wesley Fofana, and many others that have made this an uphill battle for them to climb, as nobody can be fit at the same time to build the perfect starting 11 for this club.

Manchester United lost their first two games of the Premier League season 2-1 and 4-0. The summer transfer window ends on September 1, and the team will hope to make multiple signings to improve the team before the rest of the season.
[…]

There is a massive emphasis on promoting youth talent in football today, but the players with decades of experience bring leadership and stability to teams that young guns cannot replicate.  You have to be at […]